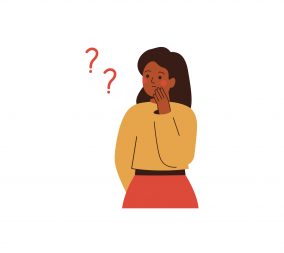 A couple of the more common calls we get after delivery have to do with the amount of bleeding you have or the amount of swelling you are noticing.  While we have information on the website about what to expect after vaginal birth or cesarean, I thought I would take a few minutes of your time to give you the low down on postpartum bleeding and swelling.

Let’s start by discussing bleeding.  For most women, once you are out of the window immediately following childbirth, your bleeding will slowly start to improve.  It will still be heavy relative to a menstrual cycle but should taper down as time goes by.  The color changes as well from bright red to darker, and then to sometimes a greenish/yellow color.  Most women stop bleeding altogether by their six-week postpartum check; however, some will have bleeding linger on a little longer.  Bleeding can be affected by those who are breastfeeding exclusively versus those that are not, as some women who are not will actually start a menstrual cycle before their six-week check-up.  On a side note, the first period postpartum is often much heavier than the ones you have normally.  Another super common phenomenon that we see is that you may notice your bleeding tapering down then one to two weeks after birth you get a day of bright red heavier bleeding again, followed by it tapering down once again. This is due to the placental site scab coming off.  Lastly, at any point once you are home, if your postpartum bleeding exceeds a fully saturated pad every hour for more than three straight hours, we will need you to call our OB nurse line.

When it comes to swelling, EVERYONE thinks the minute that baby comes out all the edema will magically disappear.  I hate to spoil things but swelling actually gets worse for most women for a full one to two weeks postpartum (and sometimes longer for others).  This happens because of a redistribution of fluid and blood from the pregnant state to the non-pregnant state.  You had so much fluid and blood pumping through that placenta each second and now there is no longer a placenta.  It takes your body, especially your kidneys, some time to filter that all out before you start to see increased urine output and decreased swelling.  Because of this not only does edema not resolve right away after you give birth, but for most people, it worsens in the short term.

Lastly, since there is always anxiety about deep vein thrombosis (blood clots in the deep veins of the leg) after birth, let me try to explain how this will appear differently than just swelling.  Swelling is going to be bilateral, and it is ok if one side is slightly more swollen than the other.  But if you have unilateral pain, marked unilateral swelling, or noticeable red or purple color on one side only, we should probably see you and evaluate you and order the proper test to evaluate for deep vein thrombosis.

I hope this helps answer a couple of the more common postpartum questions regarding bleeding and swelling.