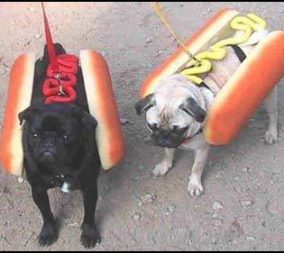 Foods to Avoid While Pregnant

Originally published in March of 2012

A common question that arises while pregnant is “What foods should I NOT eat and why?”  It doesn’t make intuitive sense that some foods are fine if you are not pregnant, but become a problem once you are.  Your immune system changes in pregnancy and some bacteria have an easier time beating your defenses. You need to try to avoid exposure to the bacterium Listeria monocytogenes.  The incidence of Listeriosis in pregnancy is 12 per 100,000, compared with a rate of 0.7 per 100,000 in the general population. The CDC monitors cases of Listerial infection.  2009 is the most recent year for which results are available, and 524 cases were reported, with 99 (19%) of them being pregnancy related.  Infection can result in miscarriage, premature delivery, stillborn or other serious health problems for the newborn. Listeria is a bacterium that can be found in water, soil and sometimes on plants.  Animals and vegetables can then become carriers. Cooking meats, pasteurizing milk and washing vegetables will either kill or remove the bacteria.  The problem with food like deli meats is that the food is not eaten immediately after the cooking process.  It is refrigerated or smoked, and then can become contaminated.  Cooking it again, like broiling, can kill any new contamination, but it does have to be steaming hot!  For pregnant ladies, the Centers for Disease Control recommends:

Other infections like Salmonella, Campylobacter, E. coli and to a lesser extent, Toxoplasmosis, can result from undercooked meat or shellfish.  The safe temperature at which these infections are all killed is 165 degrees Fahrenheit or above.

The last category of foods to be wary of are those foods that might contain mercury.  This would be the larger, older fish in the ocean that are higher in the food chain like shark, swordfish, large tuna, king mackerel and tilefish, or fish from inland lakes.

Don’t make it too complicated for yourself.  As you can see above, the chances of infection are extremely low.   March 25, 2012Just be smart, use common sense, eat healthy, wash your vegetables, cook your food to 165 degrees or higher, avoid unpasteurized dairy products and big fish and you and your baby should be fine! 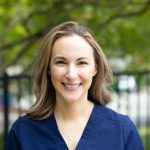 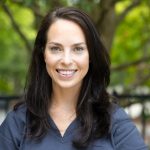